Today’s main task was continuing a woodland clearance project in Chapel Woods at Styal. The rangers have been doing this for a while now, and several members of the public commented on the positive impact the work has already had. We also did some footpath work in the woods.

We met just after an almighty hailstorm, and endured a few more sharp showers through the morning but enjoyed pleasant sunshine in the afternoon.

We were taking out some squirrel damaged trees plus a few others that were leaning over close to the path. 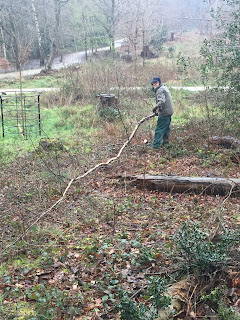 Ranger Craig also felled one large mature tree with the chainsaw, expertly dropping it across the ‘cut through’ that we wanted to stop people from using. The tree then formed a handy perch at lunchtime! 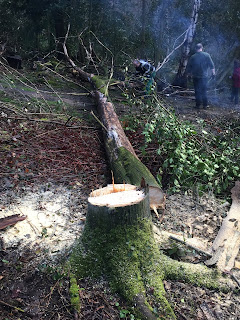 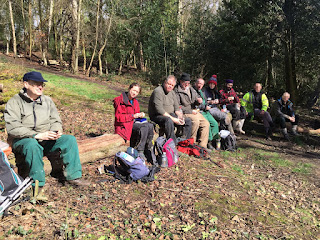 While some of us worked on the clearance, another group went uphill reinforce the edge of the path above the river. This involved barrowing stone to the site, and laying and compacting the stone along the edge of the path. Later this will be topped with other materials to finish the surface. 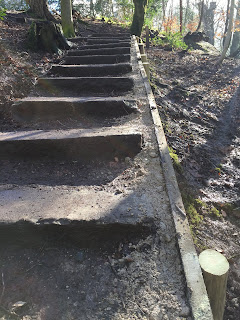 By 3pm we’d finished both the clearance and the path, another job well done.