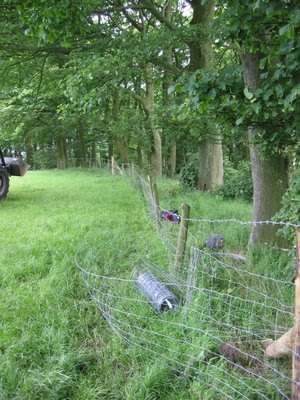 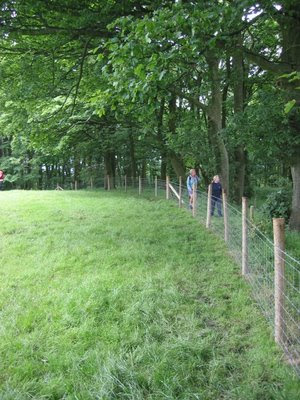 Six volunteers turned out to Lyme park and spent the day replacing a section of fence on the boundary.

The sections either side had already been done by other volunteers - so it was "just" a
question of filling in the gap and sorting out the slightly odd endings on the previous sections.


One new "king" post (large post with bracing that is used to tension the wire) had to be dug in and there was a layer of stone that made this quite hard work. The intermediate posts were driven by hand before the new netting was tensioned and fixed. I think you should be able to spot the differences between the before and after photos!
Posted by Gordon at 09:34