After an absence of two years we returned today to Victoria Baths in Chorlton and helped Chris, Neil and Simon clean and prepare the Gala Pool surrounds ready for the filming of The Drowning of Arthur Braxton.  The film is crowdfunded:
https://www.kickstarter.com/projects/fireflight/the-drowning-of-arthur-braxton

Before we began Neil gave the seven of us an in-depth tour of the main areas of the Baths (the three pools (Male 1st Class, Male 2nd Class, Females), Committee Room, Superintendent's Flat, Clock Tower, Aerotone (early jacuzzi!) and Turkish Baths), referring to photos from the early 1900s to shows us how the pools/rooms looked in the Baths' earliest days.  The stained glass windows in the front walls were dazzling in the morning sunshine. 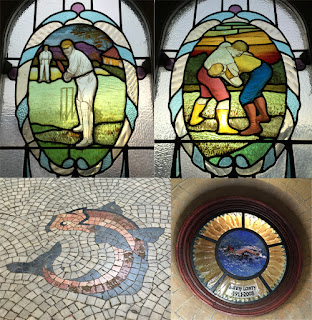 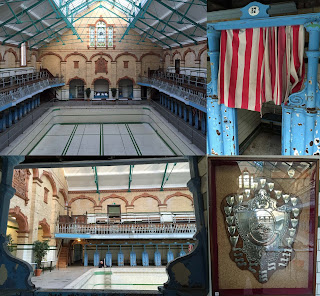