Another two-part workday at Lyme today. 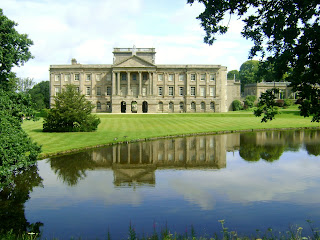 First off, the twelve volunteers were split into twos and threes, armed with identification guides, tally sheets and maps, and then set off around the gardens to find and identify butterflies. Meadow browns and large whites seemed to be the most prevalent, with quite a lot of 'unidentified brown' and unidentified white' butterflies - not all would keep nicely still while the guides were checked. Butterfly survey completed, we paused for cake and a brew. 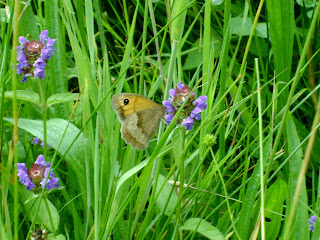 From then on, it was thistle-bashing either side of the East drive and in the deer sanctuary. The deer were in the sanctuary, and, after glaring at us briefly, moved further off. Two of the three thistle species are classified as a pest and easily spread to neighbouring farms where they compete with crops for water and nutrients. The third, the marsh thistle can be left in the park (it's good for pollinators) and kept out of 'buffer zones' near to the park's borders. The volunteers successfully cleared the target area of weed thistles by the end of the day.
Mick.
Photo's from Mick and Adrian.
Posted by Sue at 23:00