Four MNTV volunteers made the trip to Little Moreton Hall this week to meet up with Natalie the head gardener. 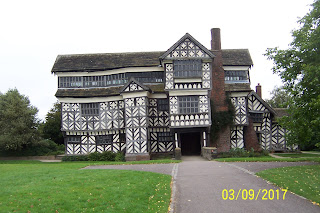 The property is a spectacular Tudor mansion that has featured in many TV documentaries and was a favourite of Fred Dibners.

The task was the removal of trees that were overgrowing the moat.  Leaves that fall from these trees rot in the moat causing deoxidisation, severely limiting the natural functioning of the habitat. The plan for the future is to dredge the moat and re-introduce grass carp, a fish that would have been an important food resource for the residents of the hall. 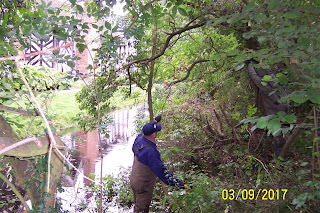 Three of us donned waders and plunged into the moat while the other two dragged out the felled trees and cut and stacked them. Many of the trees were Damsons and were festooned with fruit, that was eagerly harvester by us and some of the halls resident volunteers.
Thanks to Bex for making the sumptuous chocolate cake and thanks to Natalie for giving us an interesting task.
See you all soon Tim 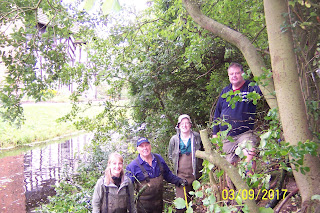 I got here much interesting stuff. The post is great! Thanks for sharing it! Utility Installation Companies